The University of Oxford mindfulness academic tells Helen Amass that teachers are right to be sceptical about the use of the practice in schools…for now, at least

Willem Kuyken knows that there are a lot of teachers having doubts about mindfulness. He also knows a few of them are outright hostile to its adoption in schools. As a leading advocate of mindfulness, you might expect him to try to persuade those teachers to change their mind. But instead, he says they are right to be sceptical.

“There’s a lot of enthusiasm [about] mindfulness and we think that the enthusiasm may be ahead of the research,” says Kuyken, professor of clinical psychology at the University of Oxford and director of the Oxford Mindfulness Centre. “I completely see why people might say it’s wishy-washy, which is why we’re working to ensure there is good research answering important questions about whether it works, how it works and how it can be best implemented in school systems.”

Such doubts haven’t stopped schools from embracing mindfulness, of course. Many now have the practice embedded in their curriculum or offer it as an extracurricular option. (Definitions of what mindfulness is vary, but it basically involves being more conscious of your own thoughts and emotions, as well as the world around you.)

That schools are willing to adopt mindfulness before the research evidence is fully in place is the cause of much of the hostility toward it from those in the teaching profession – some of whom teach within those early adopter schools.

But advocates of mindfulness in education point to the likes of the NHS, mental health charities and a whole host of other credible health organisations that encourage the practice. Kuyken says, though, that the evidence in those fields is much more robust than in education.

For example, his background is in studying how mindfulness could be used to support adults with recurrent depression. Following 10 years of research and having conducted randomised trials with 1,500 people, he can now “pretty definitively” say that mindfulness is an intervention that works for this group when combined with long-term follow-ups.

Such clarity of impact is not yet available for mindfulness intervention in education, but he does say the evidence for a potential positive influence is growing.

“There have probably been at least 20 studies now of mindfulness in schools, all of them small, all of them not designed optimally, but all of them suggest proof of concept: that this is likely to be acceptable and is very promising in terms of its effect on a range of outcomes, including children’s functioning, mental health and wellbeing,” he says.

Kuyken is looking to build on this research during his involvement in a five-year study with 5,700 11- to 13-year-old pupils, funded by the Wellcome Trust. As one of the main investigators, he’s on a mission to establish a more robust field of evidence about whether the benefits of using mindfulness practices with children in schools are real. 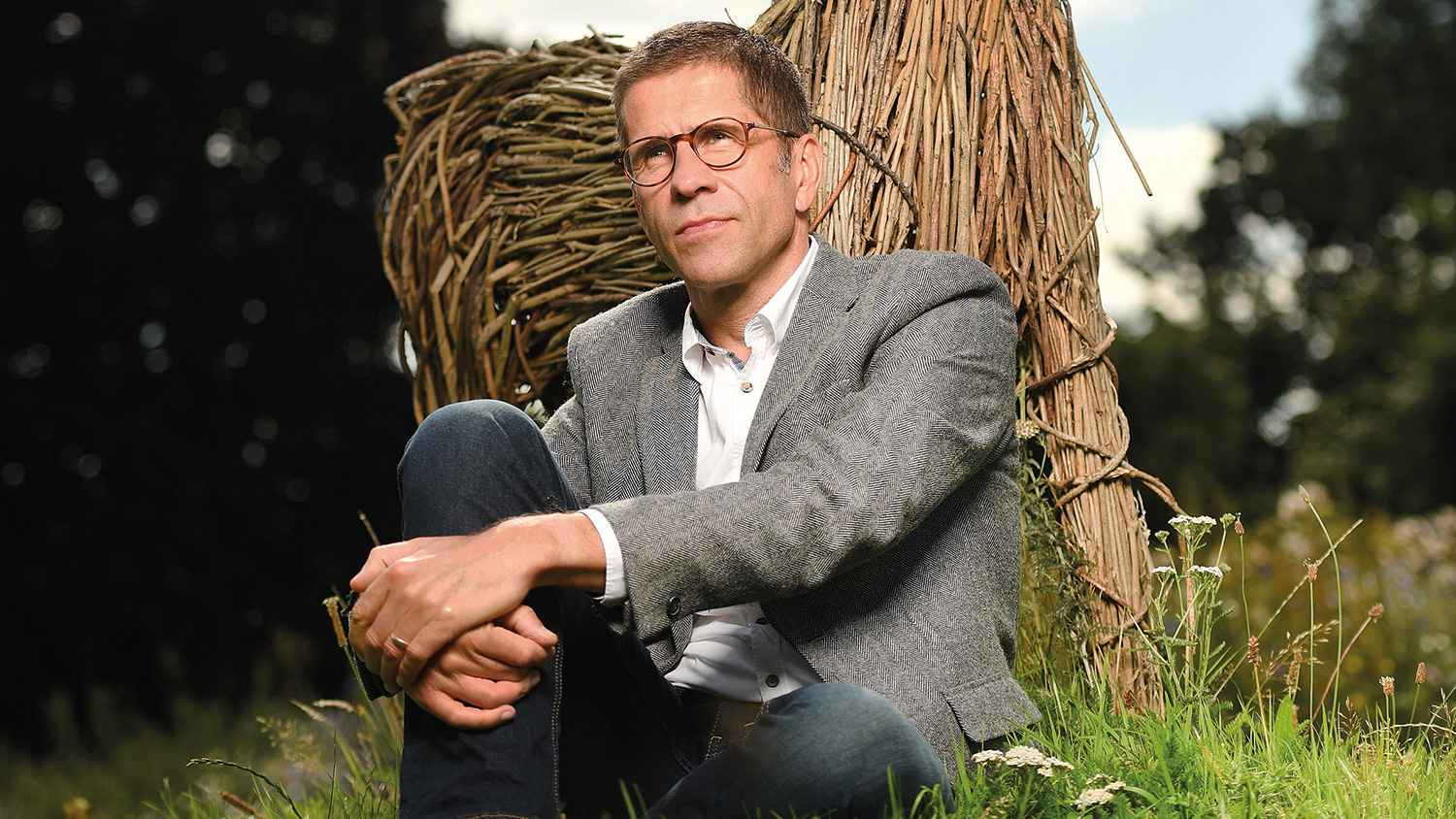 He has already carried out two feasibility studies in schools before embarking on the Wellcome study. These showed that teaching mindfulness had a positive effect on young people’s mental health and wellbeing, particularly with exam stress.

“What was interesting in the study we published in 2011 was that we ran the first classes in the autumn term and did a follow- up during the exam period, and the effect sizes actually became slightly larger in the exam period,” says Kuyken. “The control group and the intervention group actually pulled apart a bit more when the stress was at its highest.”

“What we’re doing now is designed to provide a much more definitive answer of ‘Does it work, for whom does it work and is it cost-effective?’”

Kuyken’s research up to this point has led him to believe that teaching mindfulness techniques to young people could help them to develop better executive control, better control of their emotions and better control of how they manage their relationships, improving their academic performance and mental health in the process.

He also believes it to be “a natural capacity” that we all have. “Mindfulness is a capacity to pay attention and to pay attention in a particular way, with attitudes of curiosity, care and friendliness,” he says.

The study will reveal whether these beliefs can be backed up by evidence. The intervention curriculum consists of a 10-week programme of study that incorporates a whole range of exercises designed to give young people a better understanding of their mind, to improve their concentration, and to train them to better manage their thoughts and feelings.

One such exercise is the “thought bus”, which is a staple of many mindfulness programmes. Young people are taught that just as they can stand at a bus stop, watching all of the buses arrive and choosing which one they would like to climb aboard, so too can they observe their own streams of thought and consciously select which thoughts to engage with. For example, a socially anxious child might have the thought “nobody likes me”, but with training, they might understand that they have a choice about whether they dwell on that thought – whether they get on the bus or not.

Educators are part of the process, too. The programme starts with teachers being taught to develop a personal practice of mindfulness before going on to deliver mindfulness training to their pupils.

“Teachers are often struggling with a lot of demands with their job, struggling with stress, and they themselves need to have good mental health and resilience,” he says. “The analogy that’s used is the oxygen mask in the airplane – teachers need to make sure they are wearing theirs first before they can help the children with theirs.”

He hopes to make mindfulness “part of the ecology of the school”, something that is vital to the success of an intervention. “It [has to be] very much part of a school culture that embraces the social and emotional wellbeing of the young people – the mental health of the young people,” he says.

“So I think that my understanding of the implementation of programmes like this in schools is that you have to have a sense of the school being receptive.”

Such is the hostility to mindfulness in some education quarters that you might think such a positive reception would be unlikely in many schools, but Kuyken has witnessed a similar turnaround in academic circles.

Kuyken’s interest in studying mindfulness began with his own practise of the techniques, which has been ongoing since his twenties. “When I first started practising mindfulness, it wasn’t in the mainstream at all. It wasn’t respectable,” he recalls. “I had thought that if I talked in a professional context about my mindfulness practice, it would have damaged my career. But at that time I found it very helpful in my own life in so many ways”

It wasn’t until the mid-1990s, after attending a conference that incorporated mindfulness, that Kuyken saw that he could bring together his mindfulness practice and his work into the prevention of depression. Since then, mindfulness has been taken ever more seriously by academics.

Education seems to be trekking a similar path and the findings of the Wellcome Trust study will either push it further along or provide a significant barrier to progress, depending on what it finds.

Kuyken is keen to point out, though, that teachers should not expect to see a single, universal benefit from mindfulness. A number of different skills form the basis of the interventions, and he says young people can simply pick and choose which ones they find most helpful and carry these with them throughout their lives.

“Different things land with different children and they might use them in different ways,” he explains. “So the person who’s really sporty might find that mindfulness allows them to step back from overthinking and just really be in their body and do their sport. Whereas the person who is very anxious socially and really gets themselves tied up in knots around their friendships and relationships can also use mindfulness to see those patterns of thinking that drive anxiety and question them.”

Would both aims be as effective as each other? Will certain mindfulness techniques prove useful, while others not? Will the whole mindfulness project in schools be found to be baseless or an opportunity to really help young people thrive?

There will be no answers from the Wellcome Trust study until at least 2021. Until then, we clearly have plenty to consciously think about regarding whether we should already be using mindfulness in our schools.

Adequate sleep and mindfulness exercises such as meditation can help you feel less stressed and rejuvenate you from within.   Is... Read More

Harvard neuroscientist: Meditation not only reduces stress, here’s how it changes your brain

Sara Lazar, a neuroscientist at Massachusetts General Hospital and Harvard Medical School, was one of the first scientists to... Read More

Focus on mental health Students in England already learn about mathematics, science and history, but hundreds of schools are preparing... Read More

WELLNESS Many children in South Africa are born into harsh conditions such as poverty, domestic violence and poor-quality schooling, leaving... Read More